I had a tooth which bothered me a few months ago. I knew it was a cavity from a previous dental visit but I didn’t have the money to deal with it. My dentist wanted a fortune. Recently, it started hurting again so I decided to just deal with it. I called around to find the most affordable dentist in my area. One dentist said he’s much more affordable than other dentists because he doesn’t overcharge the way they do. I thought, “Finally, a dentist who admits they overcharge.” I booked the appointment. When I got there he told me I don’t need a filling but a crown. Now instead of saving money I’m spending a small fortune, way over what my original dentist quoted for the filling. I left angry and told him I didn’t like the bait and switch. Now I’m not sure if I should just get it or get a second opinion. But, a second opinion means paying for MORE dental appointments. How could it get that bad in such a short time? 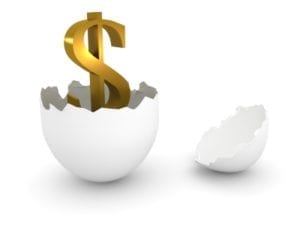 There’s a difference between affordable and cheap dentistry.

There are a few things going on here. The first thing I’d address is the difference in the cavity. Now, I don’t know the dentist you went to or his reputation, but the change in suggested treatment doesn’t necessarily mean he did a bait and switch. You already had a cavity for some months. These things can suddenly take off and become serious without much warning. It doesn’t mean yours has, just that it is a feasible situation. If the cavity grew, it may be too large and a crown would be necessary. If it grows even larger, you could end up with a root canal treatment as well.

Another thing I want to address is price shopping for dental care. While there are ways to safely get affordable dental care, price shopping isn’t one of them. What if you were having surgery? Would you call around to several surgeons and just go with the cheapest or would you rather know their skill and success rate?

Cheap dentists are often cheap for all the wrong reasons. One is they’re new. That one isn’t such a bad reason. We were all brand new at some point. They may have lower prices to draw someone into their practice and build up clientele. While some newbies are extra cautious and go above and beyond, others miss things because of their inexperience.

Another reason for unusually low prices is a dentist who is just bad at their job. They can’t keep clients because of how bad they are at their profession so they constantly have to draw new ones. Severely undercutting the competition is one way to do that.

Thirdly, a dentist can have low prices by cutting corners. Instead of purchasing the high-end materials, they get the cheapest. You may think, What’s the big deal about that if it saves me money? The big deal is it may end up costing you money. The high-end material may cost you $500 but last 7-10 years, while cheap material costs $300 but lasts 3-5 years. In the end, the pricey material was more affordable.

We see this most often when patients price shop for dental implants. They think they’re going to save thousands of dollars, but one infection and a dental implant failure later, they have to re-do the whole thing. Plus, now they need an additional bone grafting procedure costing them more than double.

It’s much better to look for a quality dentist who’ll give you options and work with you on payments than to go to a dentist you’ll regret.

All that being said, if your gut is telling you this guy isn’t honest, it’s perfectly within your right to get a second opinion. You also have the right to bring your x-rays from the “affordable” dentist so you don’t have to pay for those twice.