I have a tooth infection in one of my teeth. My dentist can’t actually treat it for three weeks. He wrote a prescription of antibiotics and told me not to take them until the week of my appointment. I recently read that a tooth infection can spread to your brain and kill you, but my dentist blew me off. Should I be worried? 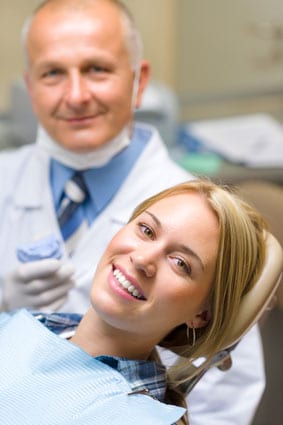 While it is true that a tooth infection can spread to your brain, based on your dentist’s comments, I don’t think you will have to worry about that. If the infection is just in the beginning stages, you are likely safe to wait for the procedure. Some infections move quite slow. If you are concerned, you have a couple of options.

First, you can wait for your appointment but ask your dentist to write you enough antibiotics to get you through to the procedure starting now. He shouldn’t have a problem with that.

If he does, your second option is to find a different dentist who can see you and do the procedure in a more timely manner. There are dentists who will treat non-established patients in cases like yours when there is a tooth infection involved or some other type of dental emergency.

One thing I don’t like is that your dentist just blew off your concerns. A good dentist takes the concerns of his patients seriously, even if he thinks they are silly. Rather than just ignoring the concern, it is far better to help the patient understand.

Let’s say you decide to just wait and follow your dentist’s original plan. If you develop a fever or the pain worsens, then you will want to go back in and be re-evaluated. Sometimes an infection will suddenly take off.

I have snap-on dentures with four dental implant posts. Periodically, I need to replace the male retention caps. My dentist has been charging me $25 per cap; not the set, just one. I just can’t afford that any longer. I’ve looked online and they are pretty consistently $20 for a set of four. When I try to order them, though. I have to prove I am a dentist. Is there any way to get these without being a dentist?

That is quite a markup! My guess is your dentist is trying to use that to cover some of his overhead. However, that isn’t a major item and not likely to do much for him in the long run. The first thing I would do is simply talk to the dental assistant and tell her the price is too much for you and ask if they’d be willing to sell them to you cheaper. It’s usually not the dentist who does the ordering anyway.

If they say no, then I would simply call around to other dental offices explaining your situation and asking if they’d be willing to order them for you. You are likely to find that many people in the dental field are nice and really want to help people. I think you’ll find someone willing to help you.

On the off chance you don’t, there is another option. I’ve noticed on eBay you can get the same thing from overseas sellers. They do not require you to be a dentist to purchase. The one hiccup is you will need to know exactly what you need. These caps come in different strengths of resistance and you’ll need to know what your dentist provides for you.

I’m glad you received Snap-on dentures instead of the traditionally removable dentures. The dental implants will protect you from developing facial collapse. That shows good foresight on your part.

Hope this helps.
This blog is brought to you by the Decatur, AL Dentists of Drs. Drake and Wallace.

I had a molar that had a filling and now it cracked. My dentist placed a dental crown on the tooth. From the beginning, the place where he put the crown hurt. I mentioned that to them and they said sensitivity was normal. Yet, months later it still hurts to bite or chew in that area. In fact, I don’t do either. Fast forward a bit and I’m supposed to be getting a second crown. However, I specifically asked them when I came in to make sure the first crown is pain-free first. All they did was numb the area without any real changes then went ahead with the second crown. At this point, the tooth is still incredibly painful and now I have a periapical abscess. Now they’re saying it needs a root canal treatment. I think it may be time to just extract the tooth. As I feel my dentist caused this, is there a way to get a refund on the crown and just have him extract the tooth and I pay for that? 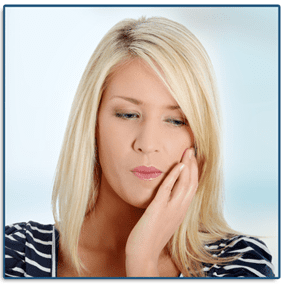 Your dentist was pretty uncaring about this, that is certain. Based on your description, it would have been smarter for him to do a root canal treatment upfront, knowing the tooth was cracked and already at risk. However, hindsight is always 20-20. My bigger concern is the fact they ignored your pain. While some teeth can have sensitivity after a dental crown placement, that type of sensitivity is different from what you described. It would normally be sensitivity to temperature changes, not pain with chewing as you described.

They left you in pain for months, then when you went in for another crown and asked them to deal with the first crown they did some token numbing and went directly to the second crown. It seems like they’re only after the fee they could get. Money comes from doing a second crown, not from fixing a crown you’ve already paid for. Unfortunately, being an uncaring dentist isn’t enough grounds to win a refund in court. There has to be malpractice. However, that doesn’t mean you can’t get a refund.

My suggestion is to talk to your dentist. If he doesn’t agree, then you can write a negative online review. If however, he has a lot of bad reviews and he hasn’t addressed them then you are not likely to get any result from that either.

Rather than extracting the tooth, I am going to recommend you get the root canal, instead of the extraction. I don’t think your dentist is the best dentist to do the procedure though. You need someone who cares and is skilled. My recommendation would be an endodontist. The good news is because of your abscess, the endodontist can drill into your tooth and you won’t even feel it. However, that is not the case with an extraction. In fact, the area for an upper tooth would be almost impossible to get numb, making the procedure traumatic.

Then, once that is over, you have the additional problem of replacing that missing tooth. If you want the best type of tooth replacement, a dental implant, it will require surgery. I really think the root canal will be the best option for you.