I recently moved out of state. I was in the middle of my Invisalign treatment. Before I left, my dentist provided me with the remainder of my aligners. Everything was a bit frenetic during the move and I missed switching one of my sets of aligners as I normally would. I have a couple of questions. First, did I mess everything up by forgetting to switch a set? Second, do I need to find another Invisalign dentist or can I go this on my own for the remainder of the treatment? I’d say I have about three months left. 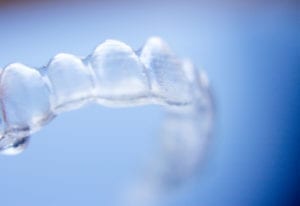 Moving is hectic. The good news is people have to do this all the time during dental procedures and with some preparation, things can go very smoothly. Let’s start with your first question. Did you mess anything up? Provided that you kept wearing the Invisalign aligners even though you didn’t switch them out, you should be fine. You can just switch them out now and continue as you normally would from here. If you weren’t wearing your older set during the transition, then you may need an additional aligner to get things back on track.

Can You Finish Out on Your Own?

I can see your thinking here. You already have all your remaining aligners and are quite familiar with how the procedure works, so why do you need a dentist? The truth is you need an Invisalign dentist because the human body is unpredictable and sometimes does not follow the initial plan. When that happens adjustments have to be made. You’ll need a dentist for that.

The good news is it shouldn’t cost you too much. Not only do you have the remainder of your aligners but your previous dentist can give him all his notes and diagnostics.

A Second Benefit to Invisalign

In addition to straightening your teeth, did you know that your Invisalign aligners can double as teeth whitening trays? It is a quick and easy way to whiten your teeth with minimal expense. All you’d need to purchase is the professional whitening gel, which your dentist can provide for you. You simply wear it in your aligners for however long you want each day. Before you know it, your smile is straight AND white.

I am in my first trimester of pregnancy. Can you tell me if being pregnant can lead to toothaches? I just had a checkup a couple of months ago and everything was great. This week I woke up with a horrible toothache. It felt the way it did the last time I needed a root canal treatment. A friend of mine, who has had three children, said that toothaches are common in pregnancy and don’t mean anything. I want to believe her, for my own convenience’s sake, but thought I should check first… just in case. 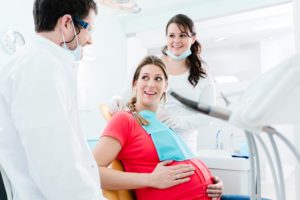 I’m glad you wrote. There are two major issues that affect your oral health during pregnancy.

Though we don’t know why, pregnant women tend to have higher incidents of inflamed gums than the general population. That being said, we do think it is related to hormones. They can impact you in two ways: first, they cause inflammation; second, they open up avenues for bacteria to thrive. You were not complaining about your gums so I don’t think this is involved in your situation.

Rhinitis impacts about 40% of women during pregnancy. Again, this is blamed on hormones. These women see an increase of mucus production, as well as swelling of the nasal passages. For many, this isn’t a big deal, but if you have low sinuses or long tooth roots, it can feel like a nasty toothache, even though it isn’t anything serious. You could try a pregnancy safe allergy medication or decongestant. Talk to your OB-GYN about what is safe to use.

Even so, it is important that you never ignore tooth pain. If it is an infected tooth it will not only impact you but your unborn child. My advice would be to see a dentist to get this checked out if the above mentioned medication doesn’t work.