I read an article which said that titanium has neurological ill-affects. I already have two titanium dental implants and am about to need a third implant. If the current titanium is a danger, should I remove the other two and switch them to zirconia when I get my third implant? 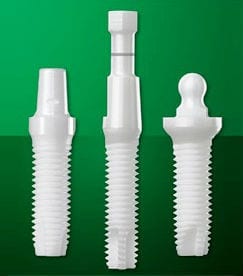 While we live in a time where we have information at our fingertips, that overabundance of information sometimes makes it hard to tell the sheep from the goats. There aren’t any legitimate studies that show titanium has any impact on our neurological system. In fact, there is more data on the titanium implants than there is on the zirconia. That doesn’t necessarily mean the zirconia is sub-par. They have just been used for significantly less time so we don’t have as many long-term information on them.

To put your mind at ease, titanium is very biocompatible. It has been used for years in more than just dental implants. They do all types of joint and bone replacements as well. Through decades of data we’ve found titanium to be safe and to hold up for the patient for their lifetime.

This does not mean the zirconia is unsafe and doesn’t hold up well. In fact, zirconia is very strong and has been dubbed ceramic steel. It just hasn’t been around long enough for us to collect the data.

It will be no problem for your new dental implant to be done with zirconia. I love advancements in a field so go for it! The question I would weigh carefully is should you switch your two current dental implants?

It is possible to switch out your current implants for metal-free dental implants. I just want you to have all the information before you start. When the current implants you have are removed, it will leave a gap in the bone structure. This means there will no longer be enough bone there to retain your new implants. In order to fix that, you will need to have bone grafting done.

Once you’ve healed from that, you can move forward with placing the implants. While the dental implant procedure has a high success rate in the hands of a skilled and experienced dentist, there are always risks. Currently, you have two successful implants. Taking them out and replacing them runs the risk of dental implant failure with your new ones. I’m not saying don’t do it. I’m saying if you want to, make sure you go into it with your eyes wide open. 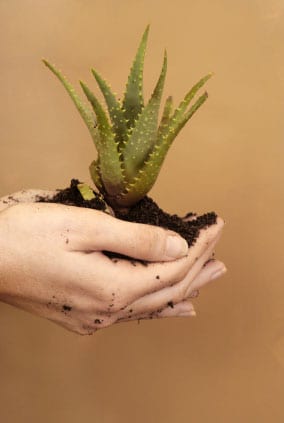 I’m not sure if something was lost in translation or if the movie was misleading. Either way, here is what will help you have peace of mind.

There is a small handful of people who feel it is better to extract a tooth than to get a root canal treatment because they say it harbors bacteria. It’s kind of a true, but not for what they’re implying kind of thing. While it is true that teeth requiring a root canal treatment have bacteria because of the infection, that infection (including the bacteria) is cleaned out. Then the canal is sterilized and closed. Nothing can get in and out.

One thing you should be aware of is that your body always has both good and bad bacteria in it. This is actually important. Without some bad bacteria, your immune system would never develop. The first time your body was introduced to an illness it could end up killing you.

The Center of the Controversy

Old research by Weston Price is what led to this controversy. Unfortunately, his research was fundamentally flawed. His experiments were done in non-sterile environments and had poor control factors. One important principle of scientific discovery is that other scientists should be able to duplicate the results. No one has duplicated his results.

Current research tells the opposite of what you are hearing. For example, various studies have shown that patients who’ve had root canals have a lower risk of certain cancers, as well as reduced cardiovascular mortality.

Each holistic dentist varies in how they treat patients. Holistic dentistry isn’t a recognized specialty with a standard treatment across the board. It is simply a mindset which considers the whole body in treatment and not just your teeth. In fact, while there is a small extreme group that will extract a tooth rather than do a root canal, most holistic dentists still do them.

What they will do is listen to their patients. If extracting the tooth makes you more comfortable, they may do that even though it is unnecessary. Plus, you should also consider the added expense. If you remove a tooth, you have to replace it. The best tooth replacement is a dental implant. That requires surgery. The next best replacement would be a dental bridge. That requires you to grind down the two adjacent teeth for dental crowns.

My husband broke off his front tooth at the root. Is it possible to save it or will he lose the tooth?

It is possible to save a tooth which has broken off, but it depends on a few things. With a tooth broken off at the root, you should be aware that not many dentists know how to do this properly. Plus with increased knowledge and success of dental implants, fewer are willing to try when it is so easy to replace a tooth now.

If you want to try and save it, he’ll need to have a root canal treatment done then have a post added to help support a dental crown. Rotational forces are an added problem when it comes to front teeth. If you want this to have a chance of success, it would help if the dentist places two posts and to make certain he or she uses a flexible post. These two precautions will give it a greater chance of success.

If the Tooth CAn’t be Saved

If it turns out your husband’s tooth cannot be saved, I suggest replacing it with a dental implant. It will be most like him having his natural tooth again. You’ll want to make certain the dentist has post-doctoral implant training. Because it is a front tooth, you’ll also want to make sure the dentist can create beautiful, natural-looking dental crowns. Check out their smile gallery to see what type of results they get.

It will be a cosmetic benefit to your husband to whiten his teeth before his crown is placed. The color of the crown is permanent so it is better if your teeth were the color you want on a long term basis.

This blog is brought to you by Decatur Dentists Drs. Drake and Wallace.